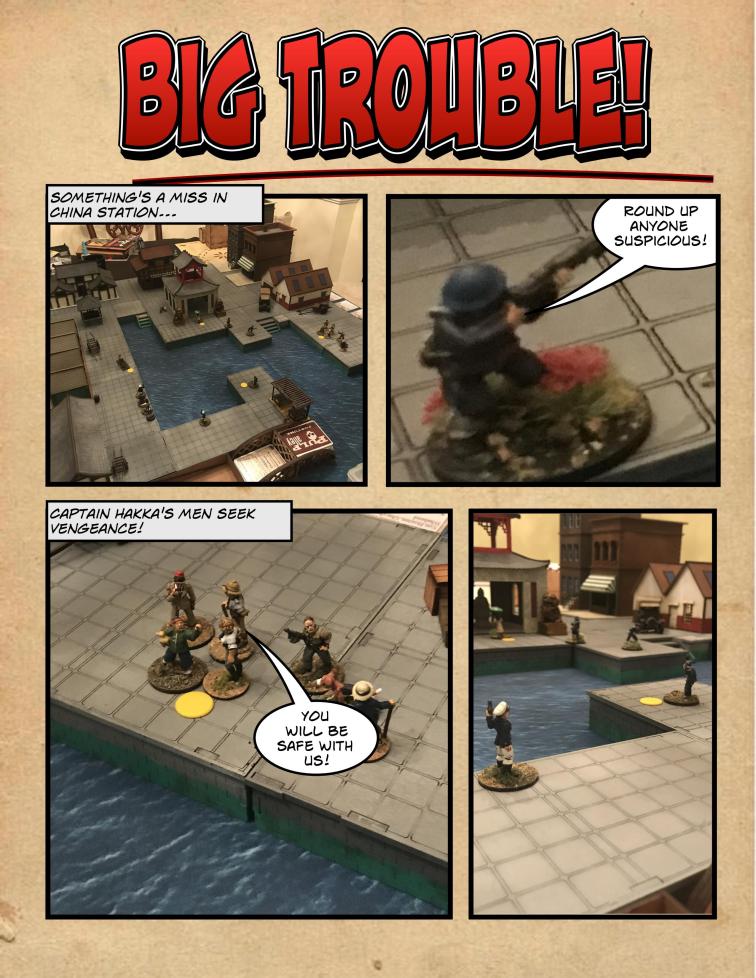 Played the  4th Scenario of China Station this week.  In this scenario, set in the port town of China Station, and irate Captain Hakka sends his troops to harass the locals in vengeance for his embarrassment at Madame Lau’s.  Aiding each other, the Explorer’s Club and Englehorn’s crew try to rescue the locals from the unfair oppression.

Six inches around the table edge were all dangerous areas, the locals and the Japanese all have random movement and at the end of each turn, more soldiers appear.  Making this a somewhat challenging game.

The soldiers also had surprisingly good fortune on their health rolls. they kept falling down, but they just got right back up again!

When we ran out of time, only three locals had been rescued, with Miss Changchang and Master Li remaining on the table.  Two had been saved by Singapore Smith and only one by Captain Englehorn.  The Captain did finish the game with a few extra coins to by some backup later.

Another enjoyable game and we look forward to the next.