Thursday night the Williamsburg Legati played another Spy Fi game of Crooked Dice’s 7TV.  More of the miniatures are painted, and we are playing around with different scenery ideas.  Our newest member Geoff brought a lot of jungle foliage by, so we decided to set the game in the jungle.  We also shook things up a bit on the villainous side by replacing the Evil Mastermind with the Despotic Dictator.  The Mastermind hasn’t been very successful for us and we think it is probably due to the small cast sizes we have been using.  We have been playing with just 30 ratings points.  The Mastermind’s star qualities are mostly based on ordering minions around and we just don’t have enough minions!  We also keep going back and forth regarding the inhuman servitor and plastron.  This happens more from confusion than anything else but does make a great difference in the game. 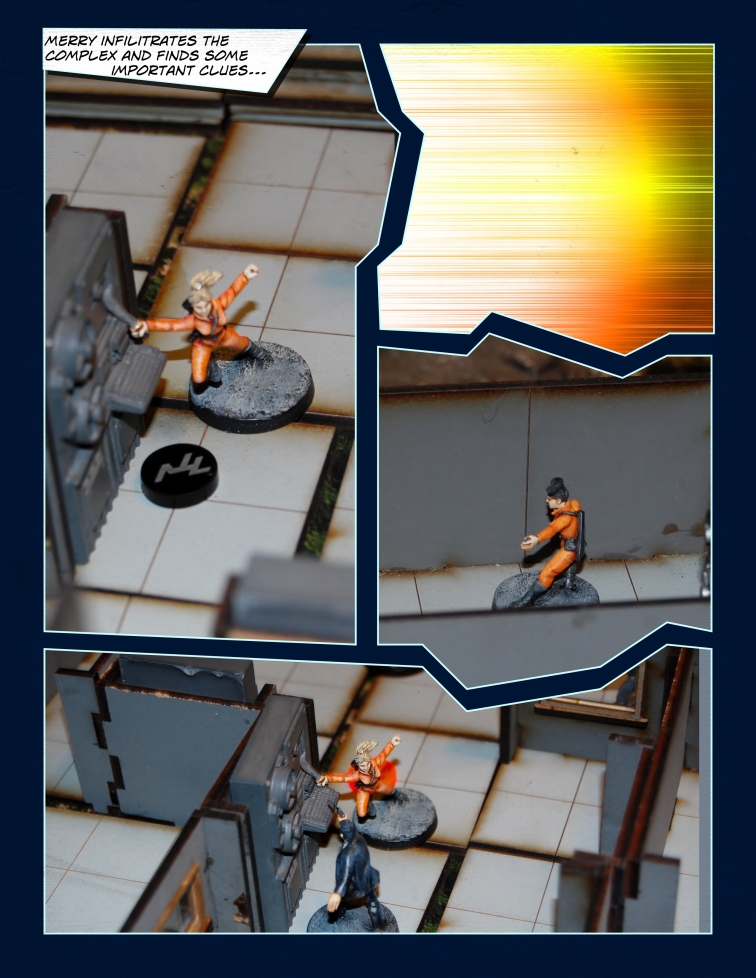 The episode we were playing was “the Race”.  In this episode, both players start on opposite sides of the table and race towards a goal.  An interesting twist is that the objective is about to be destroyed.  We decided it was an active local volcano.  Players can gain extra plot points by electing to burn two countdown cards a turn, making the danger arrive sooner.  We weren’t sure what the rules meant by “Goal” so we decided to make it the McGuffin.  The characters had to collect objective tokens, on doing so on any turn where they had turned two countdown cards, they rolled a dice to see if the objective was actually the McGuffin. 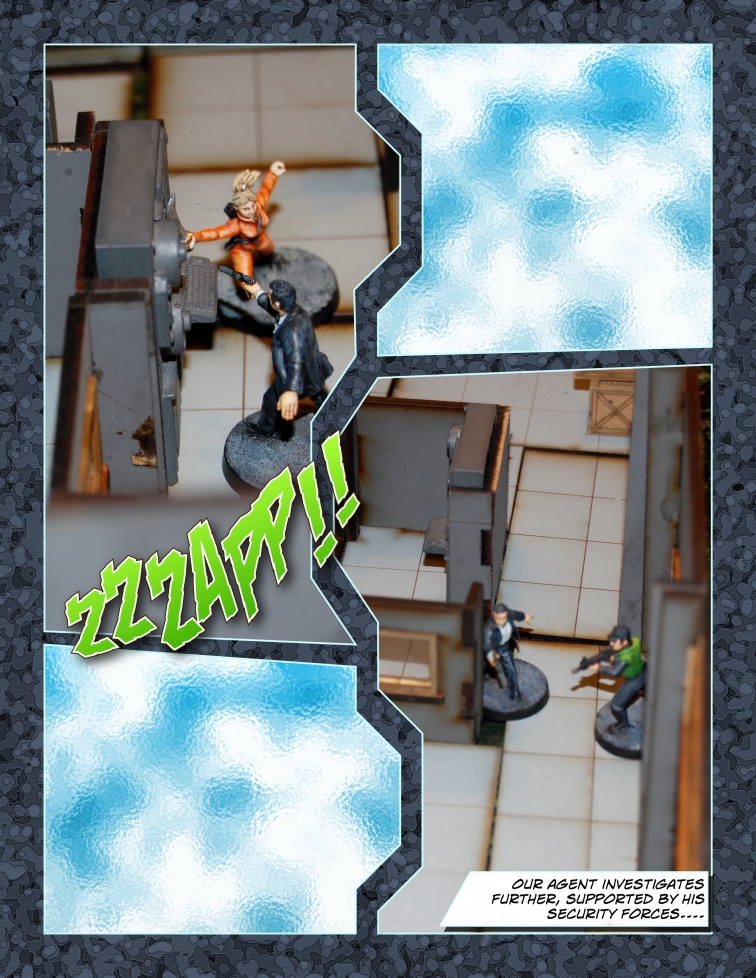 On set up, the three spies on the hero’s side gave them a bit of advantage, with a number of their figures beginning play right inside the complex.  Their first countdown card being “set dressing” it allowed them to push a bookcase against the window that the villains were obviously planning on coming in through.  The good guys made their way through the building taking objectives were they lay.

The villains followed a different strategy.  Our star (Geoff and I were playing the villains again) stayed outside and sent their minions in through the windows to collect objectives and shoot at the heroes.  Meanwhile, the inhuman servitor stayed off on his own (most of his star qualities are designed for that.  What luck that turned out to be.  One objective was outside of the complex, upon a rock formation and the inhuman servitor went to get it.  That turned out to be the Mcguffin! He took it started to leave, but he is also the slowest character being unable to run.  that was our undoing!

The heroes sent one of their annoying ninja out after the servitor.  We had gathered the Junta and his sidekick out to support the servitor, but the ninja used two gadgets.  Sleeping gas, to put the alien to sleep and then camouflage spray to make her invisible.  Basically what this meant was that the Alien lost his turn and nothing could be done to the ninja standing right over him!  We were also very quickly losing the firefight within the complex.  When the game ended, we had lost all but our star and one costar.  The good guys had only lost a ninja and one or two security guards.  They also had most of objectives, but not the Mcguffin.  The heroes won, but not as cleanly as they had done in the previous games and we almost won!  The Dictator will be used again.

One thought on “Bungle in the Jungle! A 7TV2 Episode.”