Yesterday afternoon found me off enjoying my local convention, guns of August, where I ran a Pulp Alley game of wild West Cowboy Action!  This is the first time I have used Pulp Alley for a cowboy skirmish. 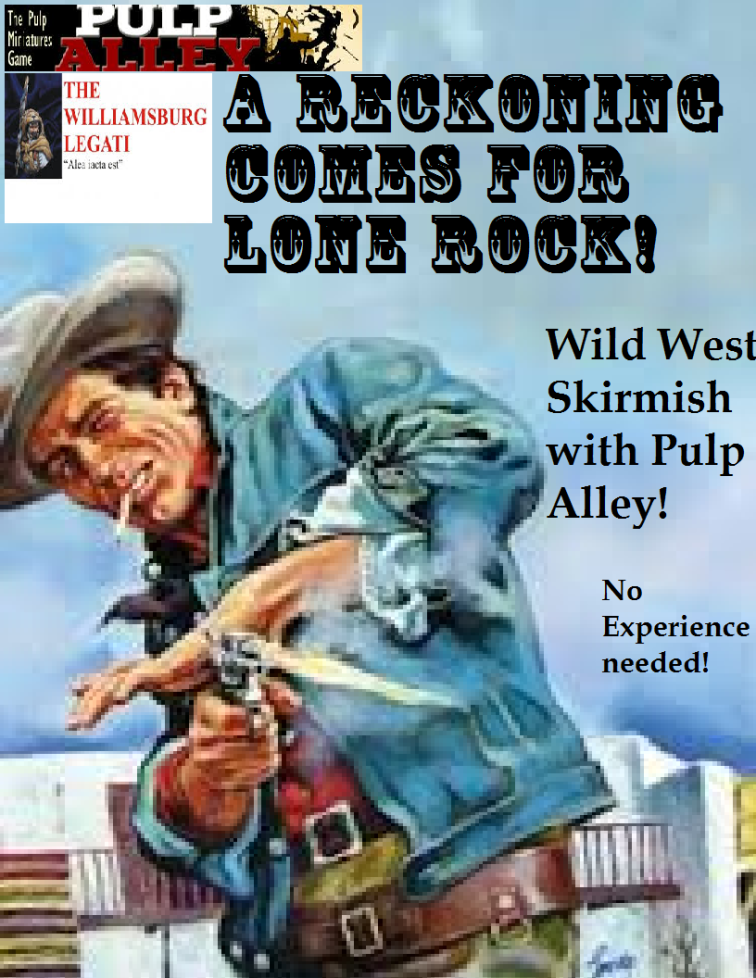 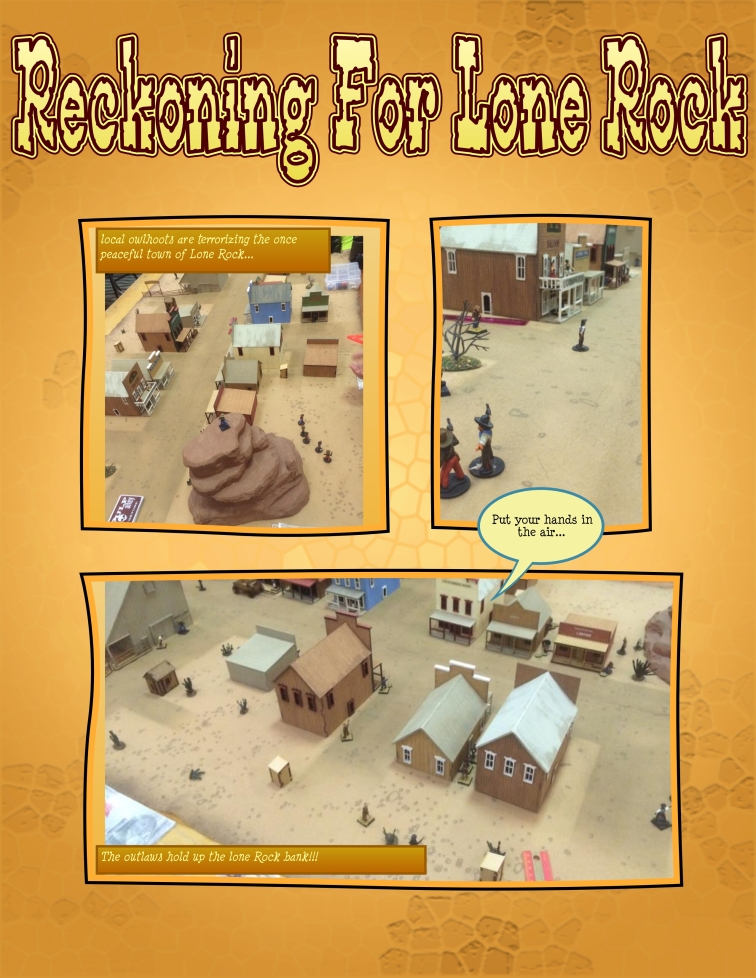 I can’t really give as much detail as I might like in an AAR.  The number of inexperienced players, the tight quarters of the gaming hall, and the roar of the fans trying so hard to cool the hot air all conspired against me for properly documenting the game.  I often wasn’t really sure what was happening myself.  Another great advantage of these rules is that while they can be difficult to explain, they are very easy to learn.  Very quickly the players were able to help themselves very ably.  This allowed me to prepare for another game I was planning on running directly after this one. Similarly, I had only a small number of photos to use here.  Many of these, most of the non-antiqued ones were taken by one of the players

Similarly, I had only a small number of photos to use here.  Many of these, most of the non-antiqued ones were taken by one of the players 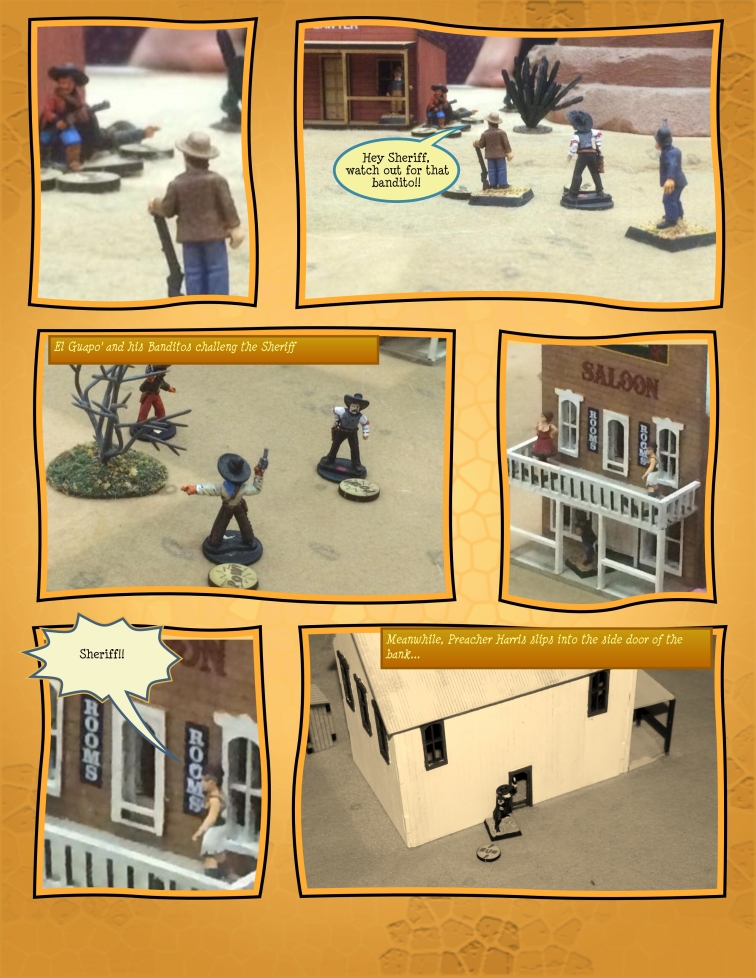 Again, borrowing from the notion of Vice Alley, all of my leagues were intended to be classed as criminal or vigilante.  The leagues consisted of El Guapo and his banditos, The McBroom gang, Marshall Harris and the Pinkertons, Sheriff Silas and his Posse and of course Preacher Harris and his Evangelical Vigilante Suffragettes.  I had planned a sixth league which of cowboys but I ended up with just the five players, that’s fine.  I think in the environment we were ibn even five was probably too many. 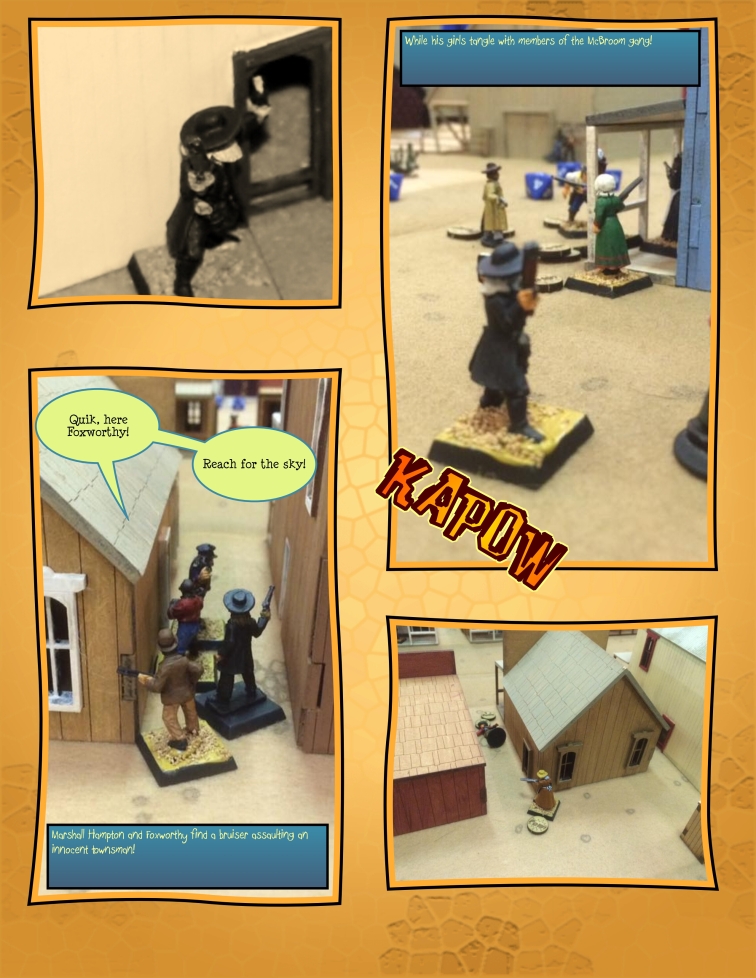 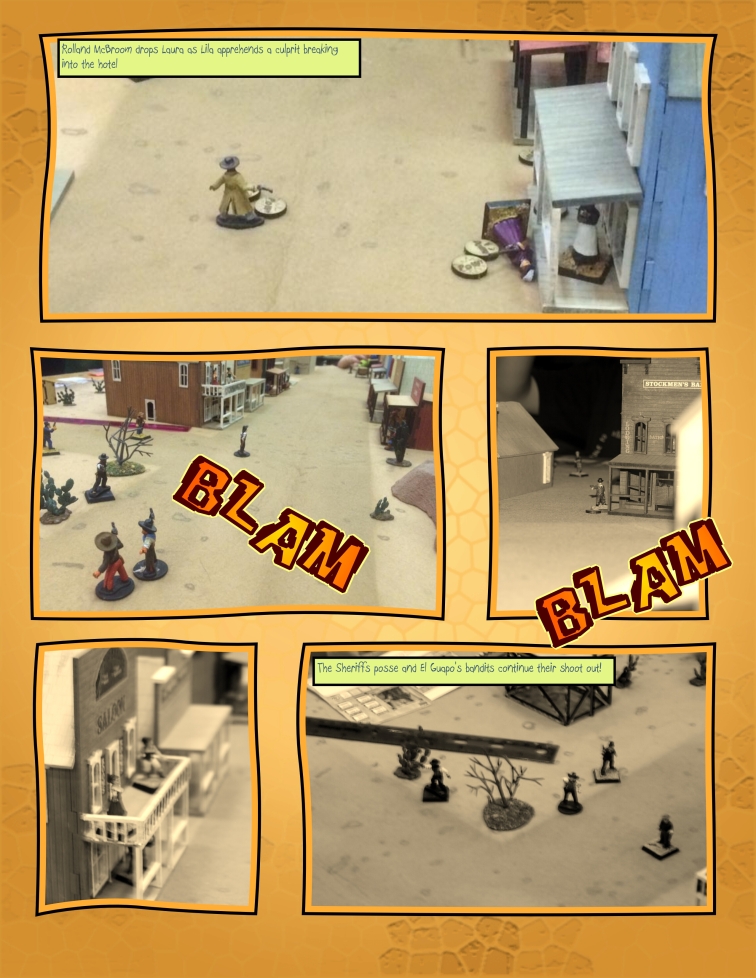 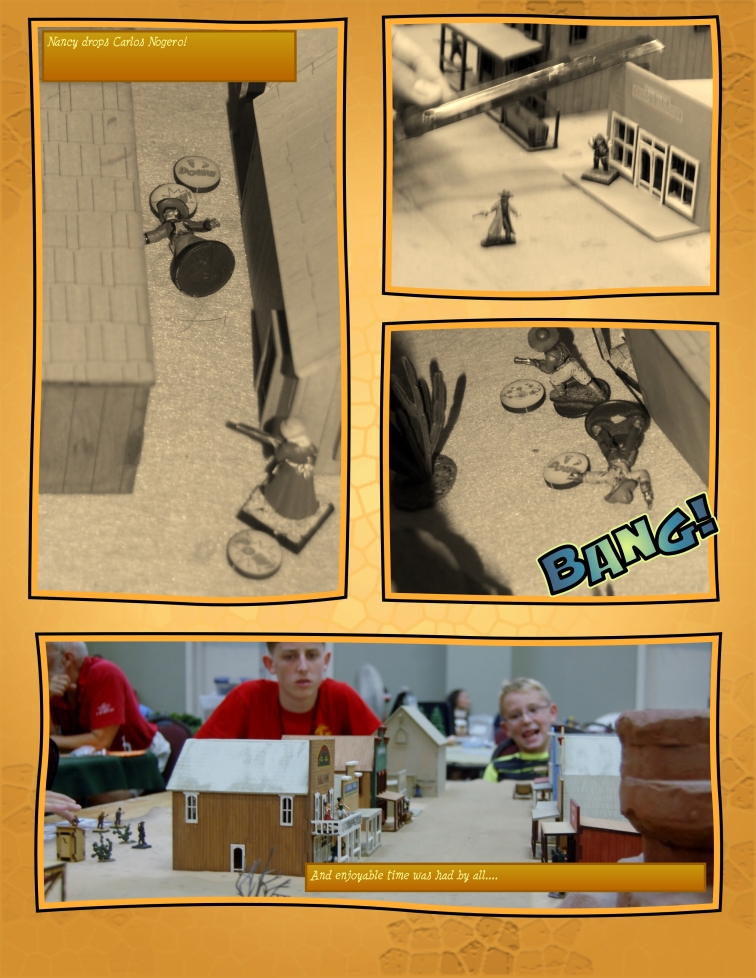 The game was a lot of fun.  Some of my players had no experience with gaming at all let alone with Pulp Alley, and two were children ( though one of those was probably getting close to adulthood).

4 thoughts on “Reckoning for Lone Rock, A Pulp Alley Adventure!”