For the last two years, PULP ALLEY has been offering monthly scenarios.  For all of 2019, these products have been linked together as China Station.  I have to admit I have yet to run any of the 2018 scenarios but recently I have begun a China Station campaign.

The first scenario involves only the league leaders when it begins.  They are washed up onto the Chinese shore.  I have decided instead to interpret this as a Chinese island, presently occupied by the invading Japanese.  Here the players search a number of places looking for their lost league members, all while avoiding Japanese Patrols.

We played a cooperative game with two of my leagues, Captain Engelhorn and the S.S. Venture Crew, and Singapore Smith’s league, whose name I forget just now.

We also did very badly.  Instead of using Plot Points as is the normal procedure, this scenario has search points.  They are similar but upon a successful search, a scenario card is pulled which tells you the result.  What you hope for is a Colleague card that places a plot point representing a missing league member. Our first three cards were all patrols making the game very hot indeed!  The patrols are basically wandering perilous areas. 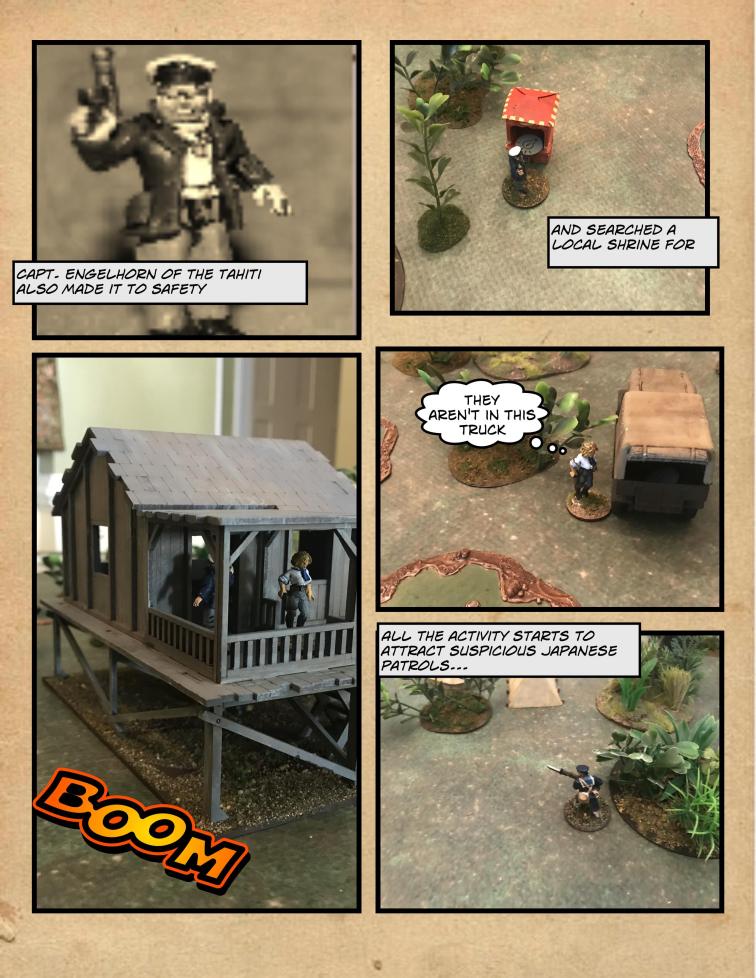 The game is eight turns long which is longer than normal, but with only two characters on the table, you fly through turns.  Furthermore, are frequent failures on challengers and perils kept cutting turns short.  In the end, only one colleague was found at all by games end, making Singapore Sling’s league the winner with +4 reputation. 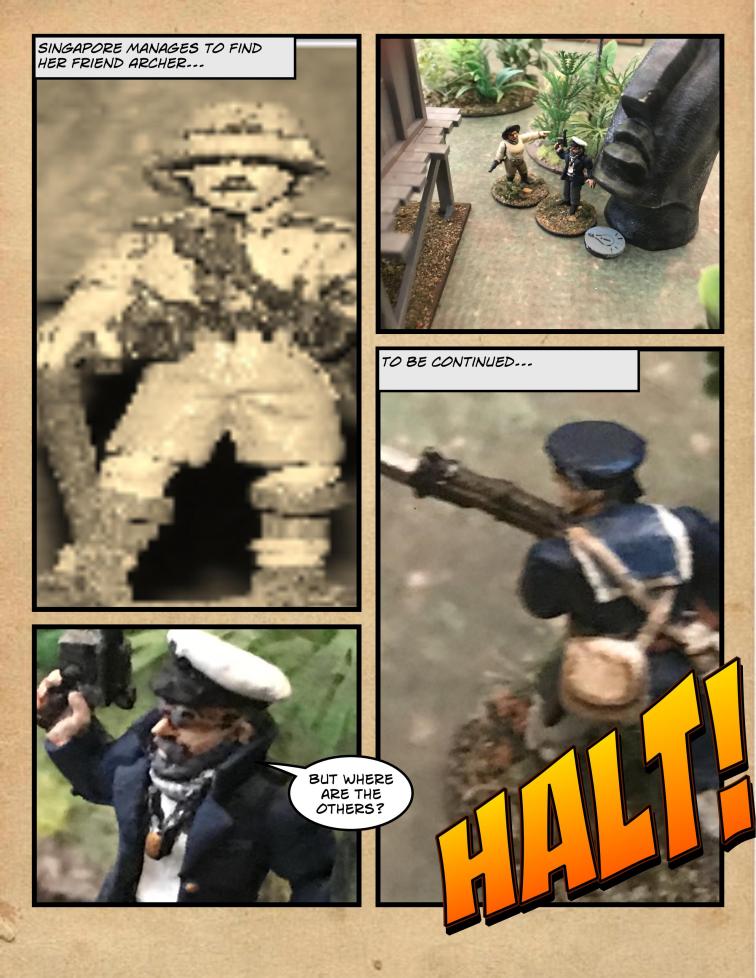 Still, we both had fun and it was a great introduction to the campaign.  I look forward to the rest of it.

One thought on “Enemy Patrol, A Pulp Alley Scenario”