Thought it was about time I write a review of the hame FORAGER by Stand To Games.  Forager is a true skirmish game set in the Peninsula during the Napoleonic Wars.  The Williamsburg Legati and I have been playing this game off and on for a little over a year, and it has remained very popular with most of us.

The game is designed to be played on a 4 by 4 table with about 6 28mm figures on aside. Each figure has a simple set of characteristics and equipment available to him.

Each character has a level, which is used to determine his skill number.  This number is used to determine his activation order, beginning with the lowest for the movement phase and the highest for the firing and combat phases.  The game is built around d10s with your combat determining the base for combat. There are various modifiers for weapon types and ranges, which usually consist of either adding or subtracting dice or sometimes allowing for rerolls. Fieldcraft is used to determine success with various soldierly activities (reloading, climbing walls, recovering from wound effects and so on).

The game is very quick to learn and play, and certainly is more of the Beer and Pretzel sort of game with a certain amount of lightheartedness added.  Much of this comes from the Butcher Bill and Reckoning Charts, which are used to determine the effects of wounds, the Battle Events which allow for occasional random events, and the extra equipment that can help offset some of the battle situations.  Examples of this are the battle effect of “Not My Taters!” and favorite equipment taking damage instead of the character.  These things also add to the strong narrative feel of the game.

Stand To Games does make a series of miniatures for this game, and while some of them are quite amusing and include some of the curious equipment choices the game offers, my club universally hates them.  There is however no requirement or need to use the company’s miniatures.  I recommend the excellent Napoleonic Ranges offered by Brigade Games.  The newer Hicks sculpts are varied, well detailed and very distinctive, all benefits to a game at this scale. I have British Riflemen, French Dragoons, French Voltigeurs, and Spanish, both regulars and irregulars all of this line. 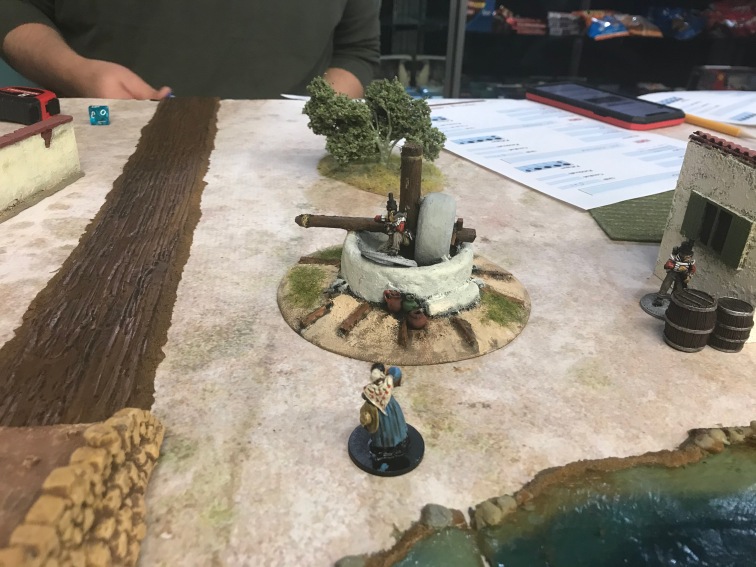 So bad points of the game, the rule book is not laid out as well as it might be.  The simple nature of the game solves some of this, so you don’t need to look up a lot.  The campaign rules and character design portions of the rules seem a little tacked on.  Still, all in all this is a great game.  A lot of fun and deser4ving of far more attention than I feel it is getting.