After his success at the church, Lt Ryer was ordered to secure the crossroads to Le Mesnil.  The first two sections slowly worked their way up to the position, finding their enemy holding the position. 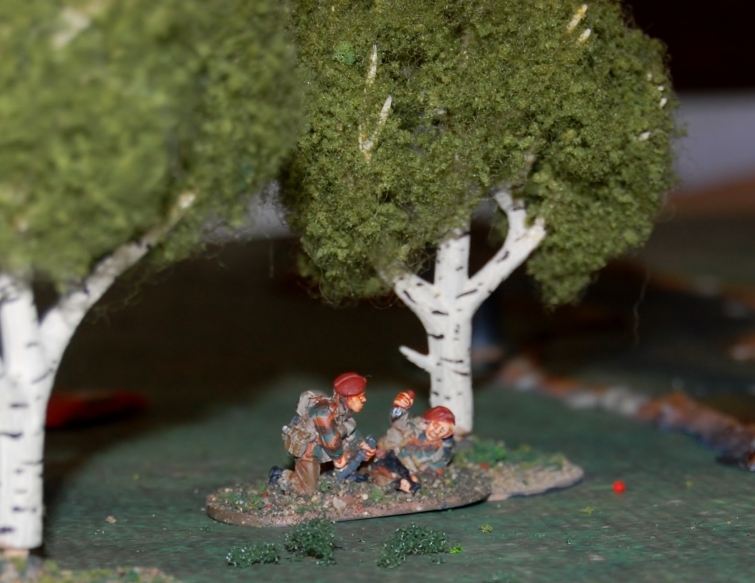 Ryers quickly ordered the mortar team to deploy and start laying smoke! Soon some cover was provided from Gerry’s machine gun, but a new surprise makes itself known. 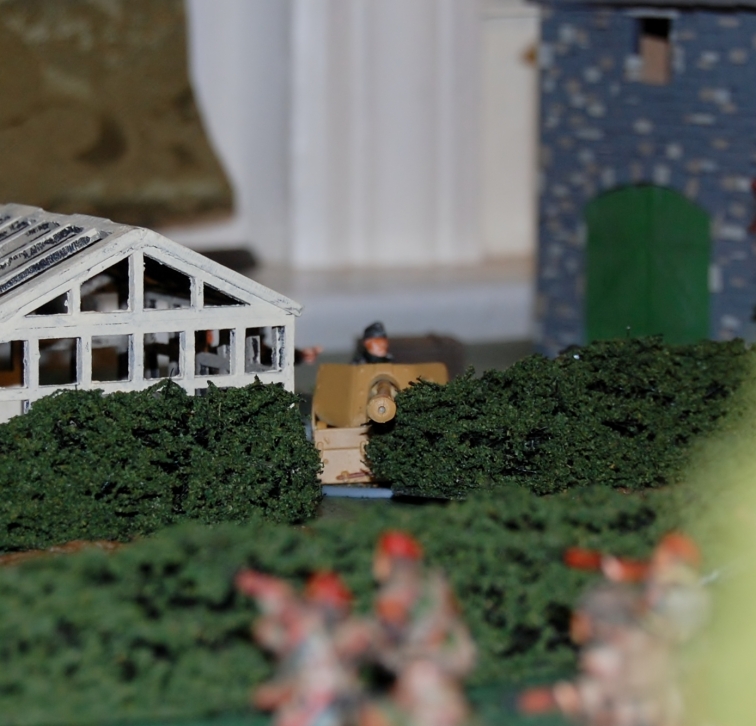 A PAK 40, just in front of their positions lets loose into the Paras! The HE round explodes amongst Sgt Fulton’s section wounding their commander.  Fulton applied his bandage, and ordered the men forward, assaulting the Anti Tank gun.

Their assault took this position killing all of the German gun crew rather handily, but then another threat made itself known by way of a medium machine gun in the farmhouse window. More work for the mortar team. 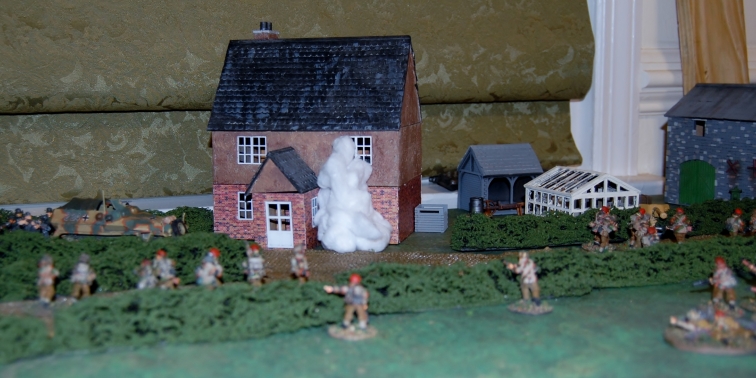 At this point, the only section of German infantry present began to disembark from the halftrack. Lt Ryers ordered the piat team and the support section forward. 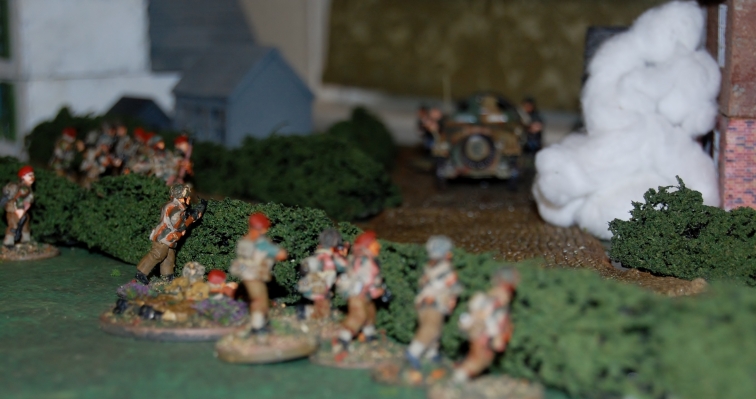 It is a hit!  With this Ryers ordered his men forward! 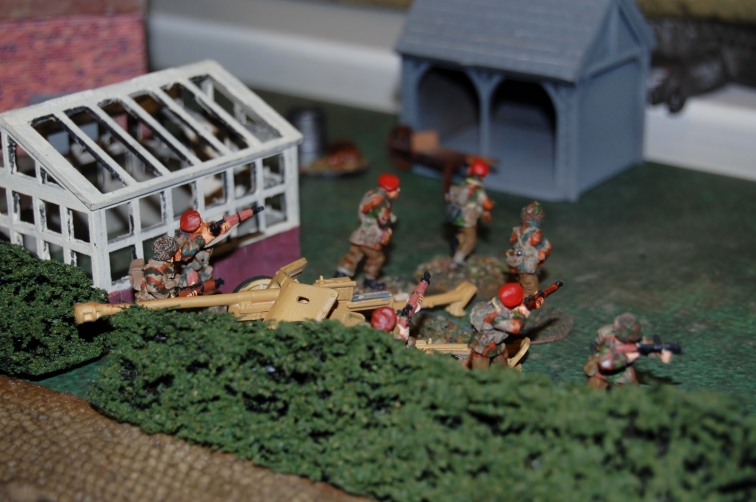 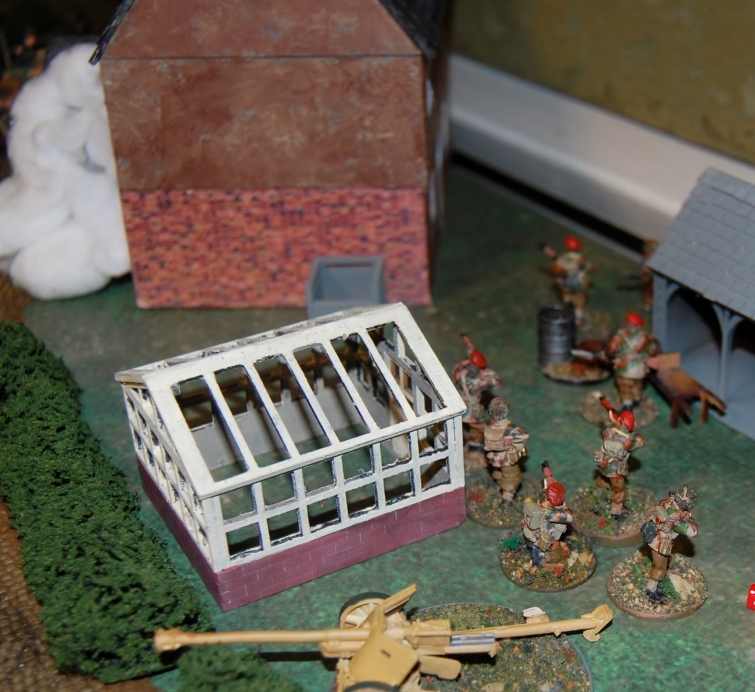 Fulton’s section successfully charged the Germans in the house from the rear, securing the house.

Meanwhile, the advance on the left saw Platoon Sargeant Giles lightly wounded.  Nonetheless, the attack was a success and the position was taken.  Casualties on both assaults were very heavy, however.  Some 50% of the sections involved were lost as casualties.

In aftermath, I again rolled very badly for the Germans.  They could easily have outnumbered me as they had enough blinds for more than a platoon.  Even the one section they had present was really me fudging the rules.  I rolled the halftrack but decided to allow it to have a full section onboard.

Anyway, until next time,