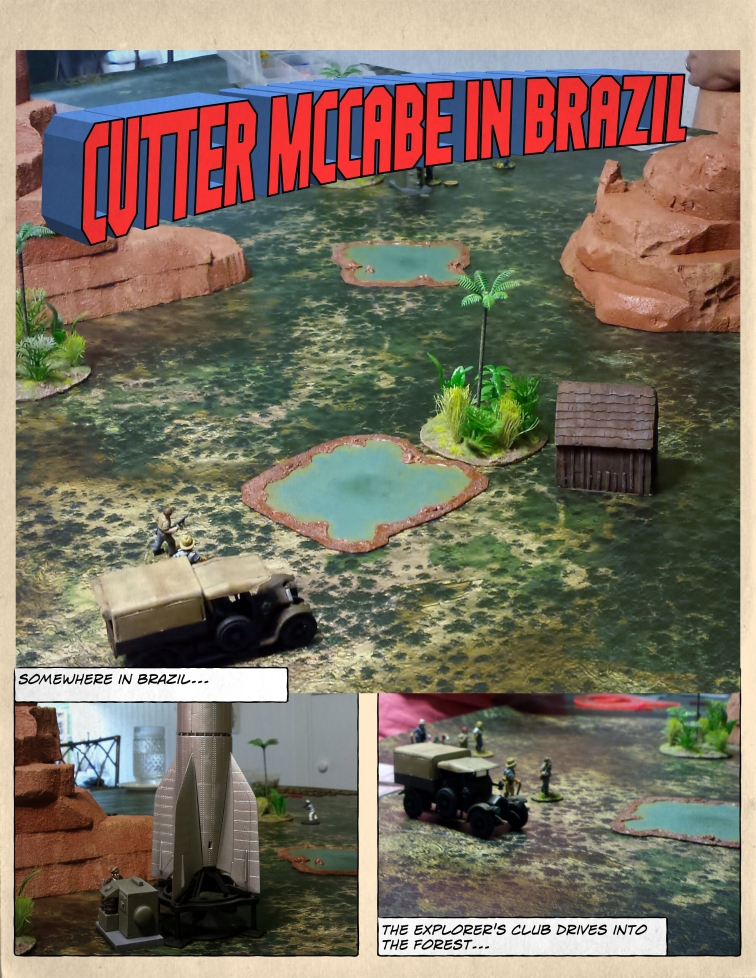 Tonight I ran a little game for some acquaintances just to show them how Pulp Alley plays.  These are some of Chris’ friends and he thought they would be interested in seeing the game played.  I rolled up a random scenario per the rules in the book, with the exception that Chris also wanted the T-Rex to make an appearance!

The game was basically the “Trail of Clues” scenario but with three leagues and a wandering terror.  The minor plot points included two dissassembled items (a radio and something else I forget), the supply shed, and a piece of machinery which I have also forgot!  I think I left my notes at Chris’ house!

The major plot point was the Freeze Rocket.  The scenario event list caused all perils to be extreme and gave one of the leagues a truck.

We decided to play some of the leagues that I have created but that we have never used.  This ended up being Cutter’s Crew, ( a bunch of barnstorming adventurers), the Explorer’s Club (what it says on the tin) and lastly the Crew of the S.S. Venture, (tramp frieghter crew and exotic animal procurers). 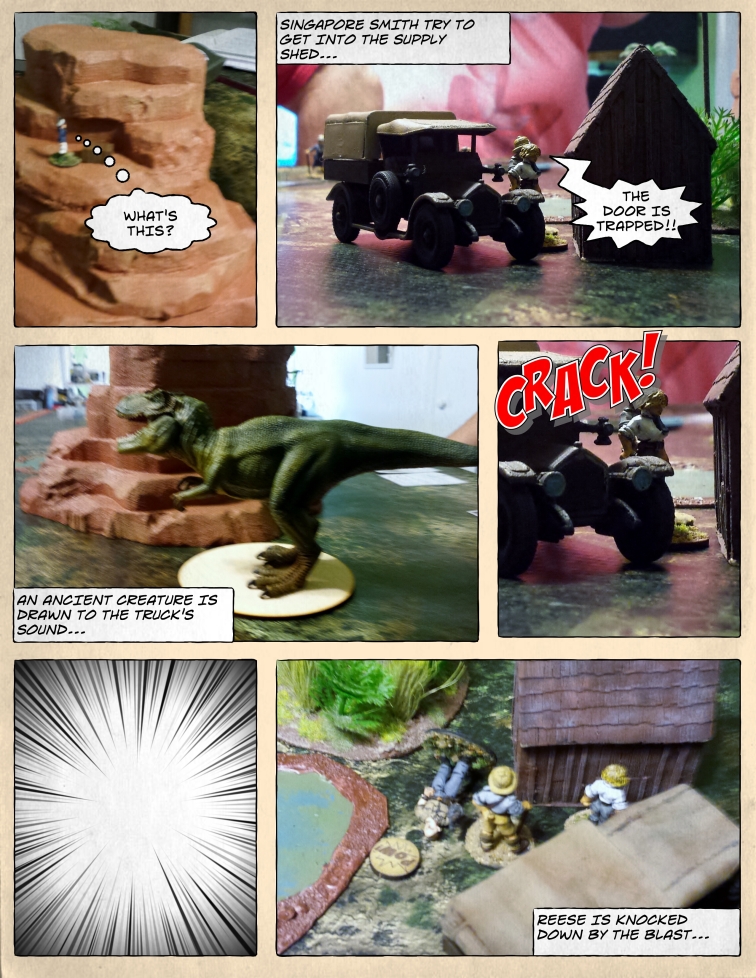 Everyone seemed to enjoy the game, though a real lack of luck cause it to be some time before any plot points were taken.  there was also very little combat, though I did have some fun trying to determine how best to play out the dinosaur attacking the truck! 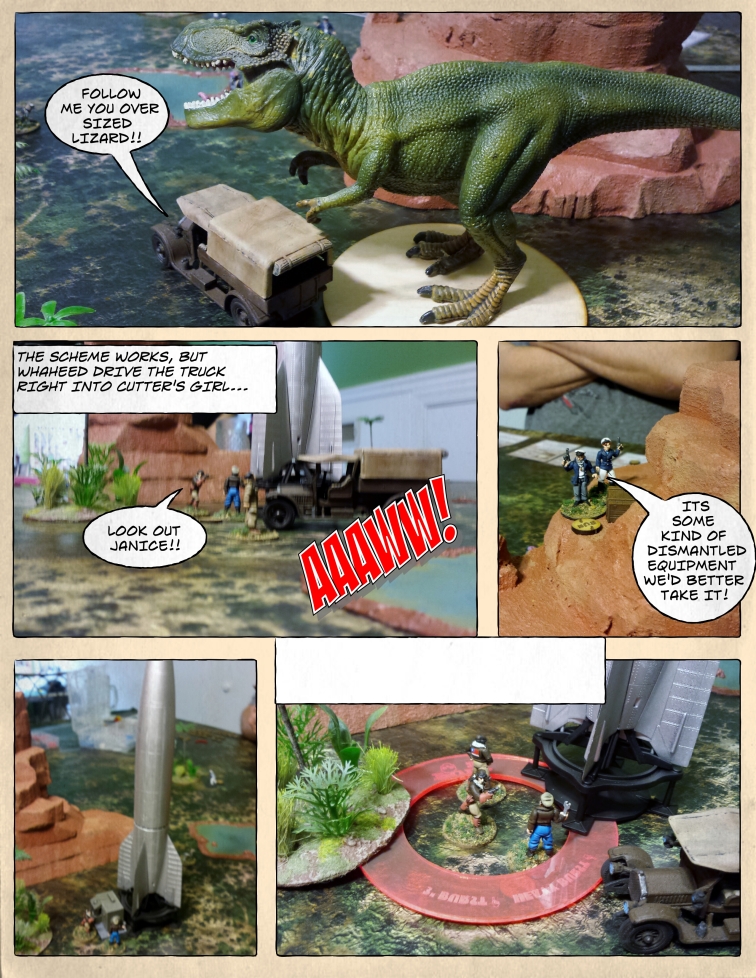 In the end the flyboys (and girl) got the radio and disabled the rocket (and thereby were victorious).  Capt. Englehorn and his crew got the machinery and the other disassembled thingy.  The Explorers did eventually get into the shed, though it took a few attempts and cause a bit of injury.

Looking foreward to the next game!